Kishore Trivedi is a practising architect based in Rajkot since 1980 and a Professor at Indubhai Parekh School of Architecture since 2000. His role is pivotal in the inception and development of IPSA. He is an expert member of the faculty selection committees at CEPT University, Ahmedabad and South Gujarat University, Surat. 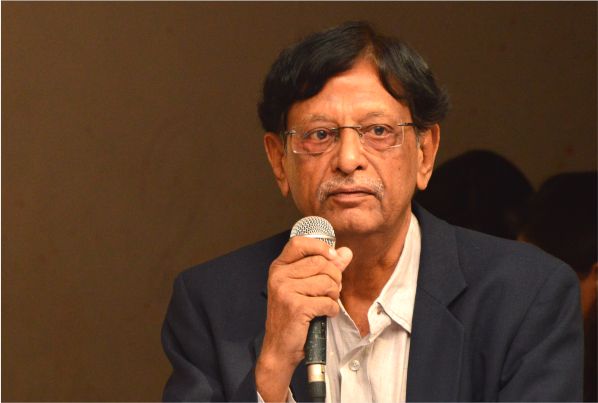 He is a member of Senate and Academic Council at Saurashtra University. Professionally; his practice includes varied scale projects into the residential, institutional, commercial and industrial design. He is the recipient of ‘Architect of the Year’ award by J. K. Cement in 2001 and 2008-09 for V.V.P Engineering College at Rajkot and Indubhai Parekh School of Architecture, Rajkot respectively. He has won many national level design competitions. He has attended many national as well as international level conferences and seminars and has also presented papers in it. At school, he is majorly involved in design courses. He has guided many students for their final semester dissertations. He has been a mentor for the curriculum revision and up-gradation. He critically looks into the course taken by all the faculties and their methodology adopted; which has continuously helped the school grow. He has been instrumental in inviting senior architects at the campus for student interaction and exposure; Ar. Anant Raje, Ar. Balkrishna Doshi and Ar. Charles Correa were a few among the many.